Like many people on the cusp of being a millennial and Gen Z, I love documenting things. In my journal, on my Instagram story, pasted into a real live photo album — if it happened, I like to have a record of it. I keep a budget, a to-do list, and a detailed Outlook calendar for both work and personal commitments.

I also keep a list of everyone I’ve had sex with.

This isn’t a shitty little entry in the Notes section of my phone, either. It’s a gen-u-ine piece of paper dating back to my freshman year of high school. You can track my handwriting down the page as it shifts through the years, growing narrower, less loopy.

To be precise, the list actually includes everyone I’ve ever hooked up with. We all define that differently; my threshold, for our purposes, is at least a kiss on the lips. My list kicks off with my very first kiss, circa age 13. First name and last name wherever possible, though some entries are just first names, and some are a little more nebulous (“Sahara East guy”). There are names crossed out and adjusted for people who’ve changed theirs, or whose I initially misspelled; there are arrows clarifying timelines.

Those I’ve slept with have a star next to their names. As I write this, the stars number 42. I don’t think I’ve missed anyone.

Occasionally I mention this list casually, in passing. Who among us, perhaps during a game of Truth or Dare or 20 Questions, hasn’t been asked about, say, our best or worst or wackiest encounter, and responded, after a few moments of sincere thought, “Honestly, I’d have to look at my list”?

In this way, I’ve come to realize that not many others keep such a list. (“You have a fucking LIST?”) But I’d like to make a brief argument in favor of The List. It’s never too late to start one!

If you’ve ever looked back at digital documentation of any period of time in your life — whether via TimeHop or Facebook memories, re-watching your archived stories, or scrolling through your own tweets — it’s probably struck you just how much we forget. Moments that might have seemed so special and singular at the time — even just a year or two ago — would’ve been lost to memory if you hadn’t taken that Boomerang. And how many similar moments were lost, just because you didn’t take that Boomerang?

The List documents little pieces of my history that are often among the most intimate, or at least the most interesting. It lets me see, all in one place, everything that’s happened sexually for me between Seth (last name redacted), at age 13, and Royal (last name unknown), at age 21. After all, we’re human! We forget things! Some nights are a blur! Some sex isn’t very memorable!

Sometimes the argument is made that we can’t forget anything these days, even things we’d like to or things we should, because of social media. I’m all for muting the one-night stand who now posts frequent boyfriend photos (though I haven’t muted her yet) and blocking the high school ex who keeps popping up (though I haven’t blocked him yet). I’m all for forgetting when it’s an act of self-preservation. But I’m also a firm believer in facing reality: You can unfollow me, but you can’t un-fuck me.

Of course, there are also less whimsical reasons to keep records. We’ve all seen a sitcom (or a real-life situation) where a character is trying to figure out who’s the baby daddy or notify past partners that they’ve tested positive for an STI. Or maybe it’s just that someone pops up in our LinkedIn requests and we can’t quite place if it’s that someone. In such scenarios, The List might serve some of us well — just to refer back to, to double-check.

But that’s not why The List was conceived — not really.

We need our brain space to store more important, day-to-day things — our work assignments and our doctor appointments and our next bikini wax. Details of past trysts tend to get cobwebby up there. The List keeps it all in one place, for us to pull out every now and then and reflect upon, like an old yearbook or letter. If you like, say, poring over your own social media accounts until you’re deep in 2008, you’ll love The List.

Photos/art (in order of appearance) by Emily Millar, Dariana Portes, and Dakota Varney. 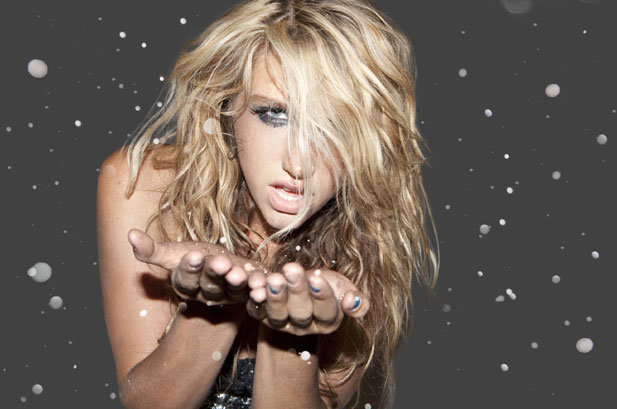 Kesha, nee Ke$ha, was only formally welcomed into The Discourse™ around the time she went public with accusations of sexual assault and abuse against her long-time producer, Dr. Luke. This was circa 2014, long before we collectively seized upon the #MeToo movement, and a lengthy lawsuit ensued as Kesha fought to be released from her contract with Kemosabe Records. She was hailed by many for her courage in coming forward. Often, such praise would begin, “I don’t care for her music, but…”

By the time Kesha released her first album post-lawsuit and rebranding, people were ready to listen. They wanted to support Kesha, and 2017’s Rainbow made it easier to do so than any of her previous efforts. It was largely slower, more reflective, less produced. It didn’t espouse the virtues of stalking or boyfriend-stealing or pissing in the Dom Perignon. It even boasted a Dolly Parton feature on a tune co-written decades ago by Kesha’s own mother. It was a “defiant comeback” (Vanity Fair), a “cathartic roar” (Variety), anthems of “a woman unchained” (The Guardian). It was a serious album.

There is nothing wrong with a serious album. But if we couldn’t love Kesha at her sellin-our-clothes, sleepin-in-cars, dressin-it-down, hittin-on-dudes hard worst, do we really deserve her at her healthy-glow, feminist-icon best?

It was Ke$ha-with-the-dollar-sign who released Animal in 2010, and that was the Ke$ha I would blast in fourth grade when my mother was out of the house. (But only the 30-second previews — the whole family shared an iTunes library, so I couldn’t download the songs.) I loved Ke$ha and her sometimes-companions 3OH!3. I didn’t really know much music, but they seemed so worldly and unconcerned, and sounded so different from the CDs my father played in the car. Animal is sublime in that it achieves exactly what it sets out to. Every song clocks in at under four minutes. The lyrics don’t try to be smart. The sound doesn’t try to be black. It is an uncomplicated, unproblematic exploration of a young woman doing fun shit.

Post-Luke lawsuit, Kesha has conceded that we cannot spend our lives on the dancefloor. Her Twitter of late is littered with Ruth Bader Ginsburg quotes, nods to the March For Our Lives movement, and — what else — reminders to register to vote. She is also keen on saving the orcas. Her current music’s messaging leans more toward empowerment, self-love, and authenticity, and less toward the oral hygiene properties of Jack Daniels. Clubbing and hooking up, incidentally, can be empowering and authentic too — and pro-woman, though Ke$ha (and certainly those around her) may not have intended it in 2010. But they make for less palatable imagery when you publicly transition from pop singer to sexual assault victim.

As far as we know, Kesha exists now as her best self. She rebranded not insidiously, not politically, not at the urging of a PR team, but in order to live genuinely in the world. But I wonder if she knows that she didn’t have to. “Tik Tok” is just as feminist as suing your rapist.

This is not to say that we shouldn’t enjoy and support Kesha as she evolves artistically and as a woman. It is not to stake some petulant claim that the sluts had her first. Gently, it is just a reminder. Sometimes our broader discussions about victim-blaming can grow so criss-crossed and convoluted that we find ourselves invoking the logic of the other side: Well… the senior citizen or the 7-year-old or the infant wasn’t dressed provocatively. Well… Christine Blasey Ford only had one beer.

But even as we may try to divert the narrative away from them, women who like to drink and sleep around and dress skimpily can and do get raped, too. There is no perfect victim, goes the rhetoric. But not everyone can be a poster child for the cause.

Kesha is 10 years older than I am, but we have, in my mind, these kindred timelines. We had our wild days around the same time, when we were so voiceless and so loud. I did my eating disorder rehab stint a little before she did, so I felt a big-sisterly twinge when we all learned of her admission to Timberline Knolls (TK). Around that time, I was taking a lot of phone calls from TK — my rehabbing had stuck, but that’s rare-ish and a lot of the women I met at the Renfrew Center were back in treatment. Dalia was one such case.

She was very sweet. When we were inpatient together, one day her parents brought her pet snake when they visited. I thought it was funny that this was allowed, considering how vigilantly visitors were patted down for drugs and food and sharp edges. This snake wasn’t considered contraband; maybe he was an emotional support snake. She let everyone pet him. By 2014, Dalia was still doing the rehab circuit, but this time, she was at TK — with Kesha. They made each other birthday cards. I thrilled to hear about this a few months down the road when I visited Dalia in a psych ward. I could hardly believe my friend had been in rehab with Kesha and they had made each other cards.

Now, Kesha and I are adults, and we both seem to be doing well. We have corralled our eating and our drinking and our sex lives back within the realm of acceptability. I recently had my wisdom teeth removed, and when I woke up, “We R Who We R” was playing on the radio.

Prior to the procedure, when the laughing gas wasn’t working, the oral surgeon had asked me what kind of music I liked, and I stoically replied, “A little of everything.”