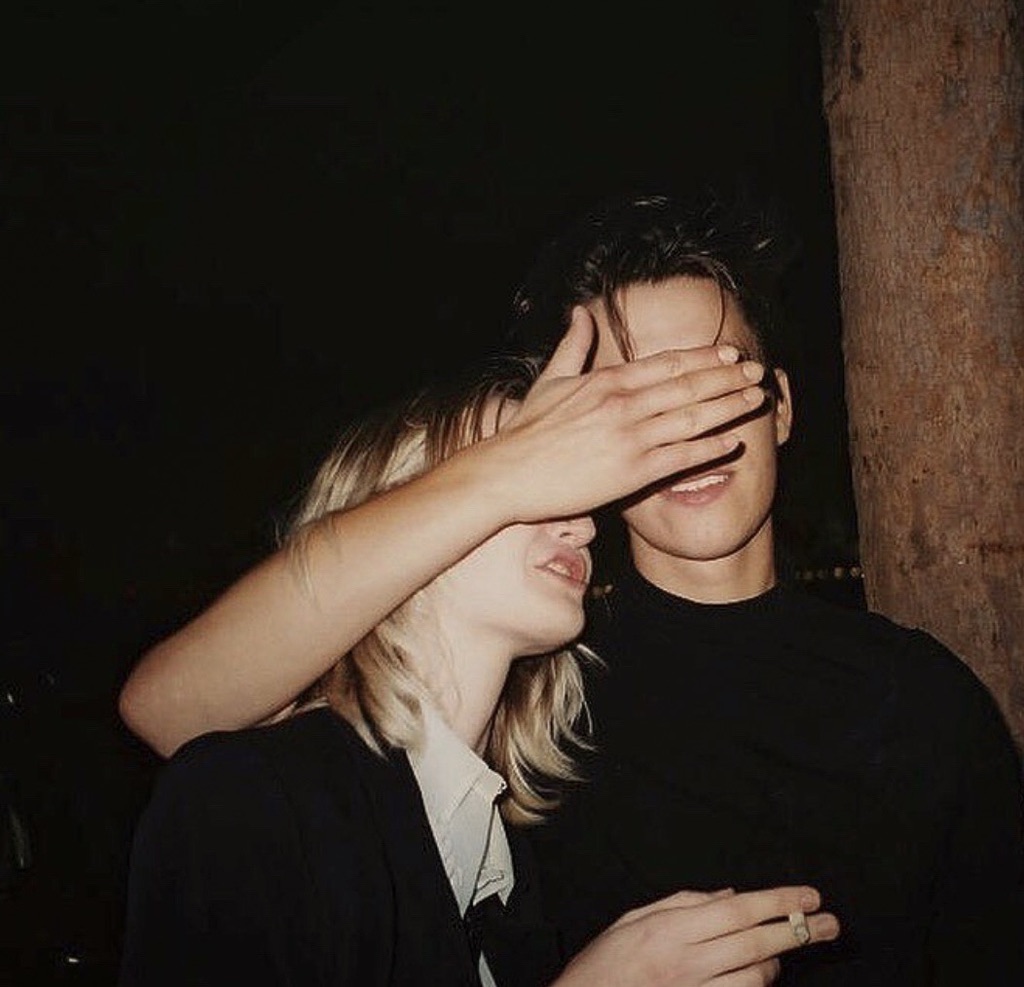 Dating isn’t what it used to be.

College — or more generally, the 18-22 range of our lives is a transitional period. As undergraduates, we are approaching adulthood and taking on new responsibilities every single day, all while technically still being within the adolescent stage of mental development. We must learn to not only navigate the trials and tribulations of living on our own (read: laundry, scheduling doctors appointments), but also who we are and who we want to become. This struggle manifests itself as we maneuver through coursework, job applications, friendships, and most notably, romantic relationships.

In my high school days, things were so simple in regards to dating culture; there were two very straight-forward labels for relationships: a couple who was either “officially dating,” or “just hooking up.” Sure, there was a fair share of fighting over significant others — people cheated on their partners, and virtually everyone bragged about their sexual conquests — but nevertheless, we were all aware of each other’s rather definitive relationship statuses.

However, as a college student, I often think about how complex relationships at this age can be. The lines are more blurred than ever. The range of potential labels is extensive: “exclusive”, “casual”, “it’s complicated”, “hanging out”, and my personal favorite, “why even label it at all?”

It’s easy to get confused.

Should you shoot your shot with that guy you met in class, even though you heard he’s been seen around with someone else? Can you ask someone you’re dancing with at a party for their number despite your brief fling last week with another girl? What if the person you’ve been crushing on has a significant other back home or at another school?

It only gets more confusing when you factor in social media.

However, the worst part of the college dating scene is probably the pressure to choose between engaging in hookup culture and seeking out someone to take home to your parents.

This can cause confusion and uneasiness about the concept of commitment. Are there certain feelings that should be reserved only for future life partners? Speaking of life partners, should we be looking for them now? Are our biological clocks ticking? Is it too soon to fall in love? Why do I feel like I have to decide what I want before I even meet anyone?

In past generations, people often met and married at a young age — social media didn’t exist — and it was easy to meet at a party or through a mutual friend. Many of us glamorize the stories of how our parents met, and thereby convince ourselves that a similar meeting of our own may be unattainable, given our generation’s different circumstances.

Something that can link past generations to younger ones, however, is the concept of college — particularly the rhetoric that has survived throughout the years about how it is meant to be “the best four years” of someone’s life. Whether or not this holds true for most, college is usually a time of increased independence, where you have more opportunity to experiment and find out who you are and what you want.

Sure, it’s a lot of fun, but take that “experimentation,” mix it with some alcohol and other questionable substances, and you’re left with the average hot-mess of college life. (Not that all we do is drink and have sex!)

According to Kathleen A. Bogle, author of Hooking Up: Sex, Dating, and Relationships on Campus, college students estimate that their peers “do it” on average 50 times a year, which is 25 times greater than studies actually show. The truth is, we’re more busy with school work and handling responsibilities than with sex. Many of us have less game than we’d like to think.

There are obvious pros and cons to college hookup culture: on the one hand, it promotes casual relationships and requires little commitment; on the other hand, it can be intimidating, difficult, and sometimes dangerous.

The social implications that seem to surround the idea of casual sex and hooking up are certainly not to be overlooked. For example, if you are femme-presenting and you do it — you’re a slut, and if you don’t — you’re a prude. And whatever you do, don’t catch feelings because hookups only lead to heartbreak. Despite whatever stigmas and stereotypes that exist, it is important to remember that nobody has it quite figured out yet. We’re all in the same boat — even those kids who try to fool us into thinking they’ve got it all together.

I suppose the beauty of the broad spectrum of dating labels that exist in college is how they’re indicative of the uncertainty and confusion that lies ahead. Intimacy may be difficult to navigate, but this doesn’t mean that you have to know exactly what you want every step of the way. You and your partner have the power to label your relationship however you want.

So do what you want and who you want, as long as all activities are safe and consensual. Before you know it, the four years will fly right by, and you’ll be left with a greater understanding of yourself and your future, no matter what choices you made along the way. 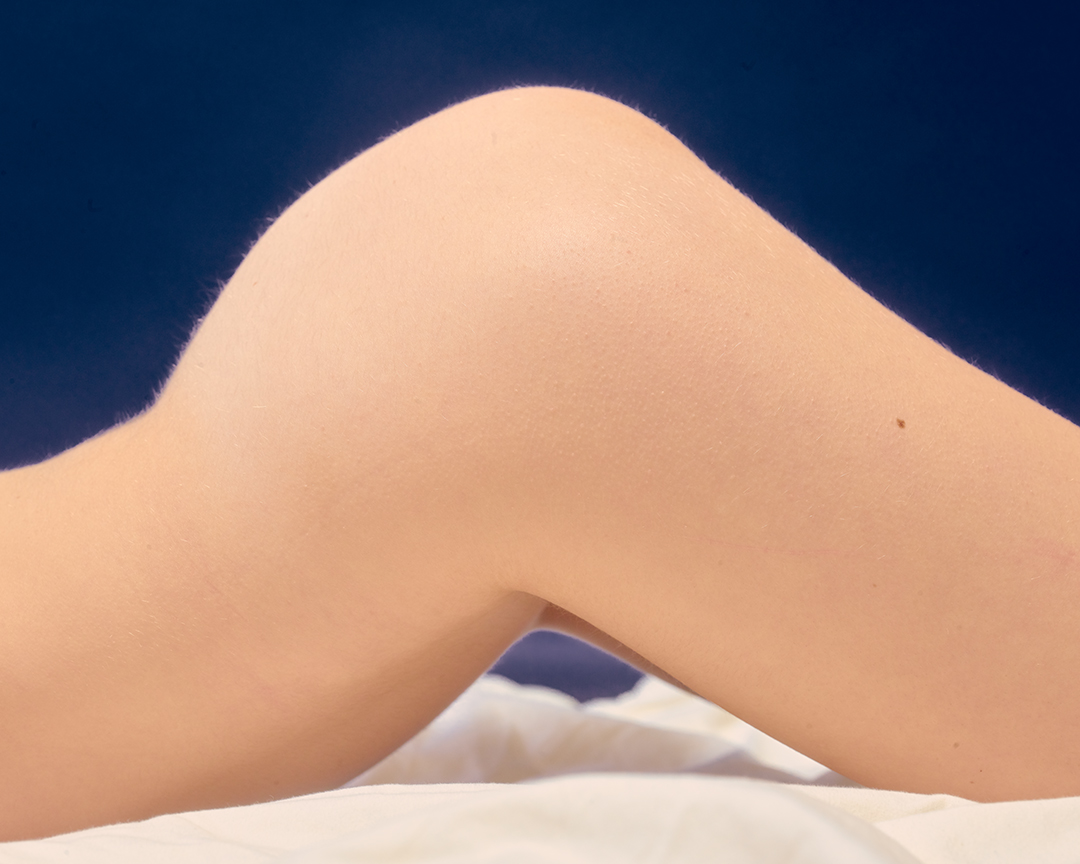 Raise your hand if you could correctly label a diagram of external female reproductive anatomy.

I know there are a few hopefuls thinking, “Yeah, I learned this in high school, I think I could do it,” and even fewer still who are fully confident in their abilities. But if we’re being honest here, most people’s hands should be down. This isn’t to say that none of us paid attention in health class. Rather, it’s something that many of us were taught incorrectly, and some of us weren’t taught at all. So forget everything you think you know about the vagina; this is your comprehensive guide to external female anatomy and its role in sexual pleasure.

Let’s begin with the most elusive organ: the vagina.

Correct me if I’m wrong, but most of you would have most likely labeled this on your diagrams as either the small slit within the folds of the labia minora (the inner lips; we’ll touch more on this later, no pun intended) or in reference to the entire external edifice. Both of these answers would be incorrect. The vagina is actually located inside the body. It’s the elastic organ that does most of the work during intercourse, either expanding or contracting to hug the inserted object (i.e. penis, fingers, sex toy, etc.). So, what is the proper name for the slit on the external diagram? Technically speaking, this is called the vaginal opening. But keep in mind that the vagina is, in fact, an internal organ.

If this is the case, then why does society most commonly refer to the entire anatomical structure as the vagina? The truth is, no one knows. There is no evidence to show where the societal shift occurred from calling the external “vagina” by its proper name, vulva. Perhaps it’s simply the phonics of the word — vagina seems to have more of a ring to it than vulva, don’t you think?

Or maybe we’ve just been conditioned to think that because the transition just happened and nobody thought to change it back? One thing is for sure: if you’re seeking anatomical correctness, you might want to start referring to what you thought were “vaginas” as vulvas. It turns out that possessing this knowledge may actually help you improve your skills in the bedroom. The more you know, right?

The vulva lies just beneath the mons pubis, or the pubic mound. This is more commonly understood as the “top of the vagina” — again, this is somewhat of a misconception. The mons pubis is essentially just layers of fatty tissue which lie on top of the pubic bone in order to protect the more sensitive area below. This is also where pubic hair grows.

Starting from the top down, the vulva is comprised of the clitoris, clitoral hood, clitoral glans, labia majora, labia minora, urethral opening, vaginal opening, perineum, and even the anus. Clearly, there’s a lot going on here, so let’s break it down and make it just a bit more fun by discussing the role of these structures in arousing sexual pleasure.

Ah, the clitoris: illusory to most, remarkable to all. Like the vagina, perhaps even more so, the clitoris is commonly mistaken for an external organ. Now, this isn’t entirely false, since the clitoral hood (the flap of skin covering what most people mistake for the clitoris) and the clitoral glans (the pearl-shaped external part of the clitoris, often confused as the entire organ) are located on the outside of the body. The majority of the clitoris, however, is actually located on the inside of the vulva, and extends beneath the folds of the labia, up to around 5-7 inches in length. Note that this is also the size of the average erect penis; just like a penis, the clitoris may become engorged with blood in anticipation of intercourse. So, next time you’re looking to pleasure yourself or your partner with a vulva, remember to focus your attention not only on the portion of the clitoris that is visible, but also on the parts which you cannot see. This can be accomplished by simply stroking the area at a speed which makes you or your partner feel comfortable, activating the nearly 8,000 nerve endings within this extremely sensitive area. No matter how you go about achieving clitoral stimulation, remember that approximately 75% of people with vulvas require additional stimulation other than straight-forward intercourse in order to reach orgasm.

That being said, the clitoris is not the only sensitive part of the vulva. The labia majora and minora, otherwise known as the outer and inner lips, are also extremely sensitive and often overlooked during sexual arousal. These folds are made of soft, thin tissue meant to protect the vagina and internal reproductive system. Due to increased blood flow to the area during arousal, the labia may also become swollen and more responsive. It is important not to leave this area behind during stimulation; engaging the entirety of the external genitalia may increase the likelihood of orgasm altogether. Make sure to ask yourself or your partner what feels good!

Another titillating area to explore is the perineum. This is the small patch of skin located beneath the vaginal opening, just above the anus. If you’re not quite ready to engage the anus, this is a good place to start. Massaging or stroking the area can be pleasurable as it is rich in nerve endings. Again, when trying new things, always remember to check with your partner first.

Let’s tackle the idea that masturbation can decrease the sensitivity of the clitoris and other female erogenous zones. This is not only completely false, but also yet another misconception that perpetuates the disparity of the orgasm gap. Experiencing orgasm, no matter how frequently, should be celebrated. It has no harmful effects on the female body, in fact it is actually proven to be beneficial for heart health and overall well-being. Vulva anatomy differs from one individual to the next, meaning that each and every person with a vulva may experience the sensation of orgasm differently, which is totally normal. Not to mention, it is physically harder for people with vulvas to reach orgasm due to the complexity of their genitalia, and a general lack of knowledge in society about how to navigate these complexities.

So now, armed with your newfound understanding of the vulva, you can go out into the world knowing not only how to correctly label an anatomical diagram — but also how to successfully pleasure yourself and a partner!

Illustration by Lucy Han, and photos by Nate Jerome.