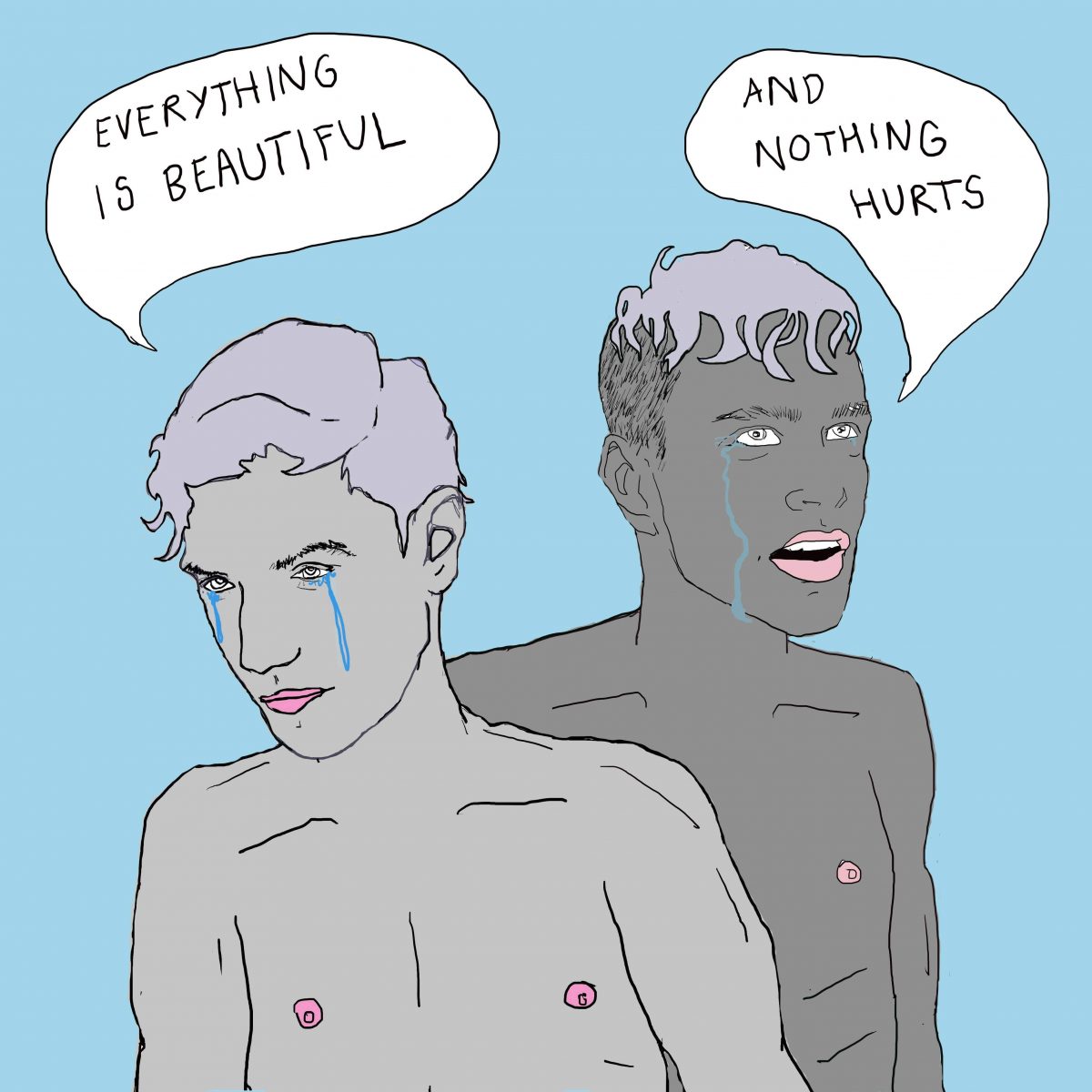 I’m so fuckin’ grateful for my ex…

I was supposed to lose my virginity when I turned twenty-three. Not necessarily on my birthday,  just within shooting range of my “Jordan year.”

There was neither a plan nor itinerary attached to the event except to find a consenting partner and to do the deed. According to my timeline, revised over years of restless nights and diet consultations with an eating disorder, twenty-three gave me enough time to become desirable — that is to say twenty-three years gave me enough time to lose weight. And not just the physical weight on my body, but the emotional weight of living on the margins of normality as a fat, black, queer teenager.

Twenty-three felt distant enough from seventeen that I could manifest my future, one that was completely in my control and within the realm of reality. I forgot that this was imagination.

I was nineteen when I actually lost my virginity. The dawning of the digital dating age expedited that process with access to the world (at least anyone within a 100 mile radius of my current location) and effectively deluded my perceptions of desire. Of the millions of fish in the sea, I am destined to catch at least one. There’s someone for everyone, right?

Logan happened to be someone.

We were both nineteen, attending university in North Carolina, looking for “fun and seeing wherever it goes” on Tinder. Tinder was less intimidating than other gay, hook up apps like Grindr — which required too much experience. Top? Bottom? Kink? Right now? All questions I couldn’t possibly answer without having the experience to know for sure. Tinder was safe and so was Logan: 5’9”, white, blonde with dark eyes. Handsome but not so much that he was unattainable. And most importantly, we matched.

Logan was into bears. He mentioned it during a flirty text exchange. It wasn’t a “thing” — it was just how his cookie crumbled.

Up until meeting Logan, my sexual partners had all been fat. But I was not attracted to fat people. I had no desire to be with people who reflected the physical traits I disdained. I avoided any pornography that featured fat bodies. And that cognitive dissonance made arousal with those partners impossible. My options were slim, and I found myself in a rush to the virginity finish line.

We met at his university, a forty minute drive from mine. Logan was shy in person, almost sheepish. His bold, well-calculated responses via text fell flat in person. It often felt like I eclipsed him. He gave me a long tour of campus, pointing out which fraternities had the highest population of queer folks, then showing me where he had sex for the first time. And finally we stopped in the arboretum where I would bloom for him.

I remember refusing to take my shirt off. Logan gracefully placed my hands on the bed and took it off for me. His eyes traveled from my forehead down to my neck and then to my chest. He stopped there.

It was the first time that someone admired that part of my body. Desired it. And there, in those five seconds, I understood desire — there were no doubts, no questions. Just an incredible security and safety in the gaze of my partner. I worked years to de-sexualize my body — to deny it pleasure and the sanctity of love. Though the shame lingered, I decided to surrender to desire in this moment. And that became the duality of my sexual experiences thereafter: a persistent feeling of inadequacy despite partners who expressed their sexual interest.

After we ended our relationship I remember feeling an intense loneliness.

In my solitude I returned to moments in our partnership that went ignored for the sake of companionship. I remembered asking if my penis was big enough for him. And asking if he was sure his attraction wasn’t momentary. I remembered comparing myself to his other partners — was I too fat? Was I not fat enough? The years after our separation looked and sounded the same. Why was I not good enough for him? But I never asked why I was not good enough for myself.

Logan helped me to see myself.

Literally. I had never seen myself, at least in a way that I wanted to. Our relationship was the first time I gave into myself, but at the expense of attaching my value to his desire. When he didn’t want me, I didn’t want myself. And that’s the weight so many fat bodies bear — without any affirmations of our beauty from the world around us, we must rely on ourselves to define the standard, or else all of our desire is contingent upon the pursuit of our fetishized bodies.

One may argue that all attraction is fetish. But try explaining that to a fat, black queer person who is consistently reminded of their marginalized status in a world that only seeks their sex in the shadows.

Thank you, Logan, for walking me to the door that I would open and find myself. And find many selves. And selves yet to be touched or desired.